Issue 13 - Wrap up of our 50th Annual General Meeting

Our 2018 AGM was held on 8 November 2018 and it was great to have over 150 members attend the meeting and take part in MOVE Bank’s governance.

Members re-appointed directors Bron Davies, Kellie Dyer and Andrew Hughes to the Board for a further term of 3 years and voted in favour of the proposed increase to directors’ remuneration.

Chairman Andrew Haynes presented his report and offered a special thanks to:

CEO Therese Turner presented her report which focused on:

Following the official proceedings, we were honoured to hear from one of our founding directors, Don Collins, who shared his memories of the early years of the Credit Union and the enormous challenges faced by the inaugural board of directors in establishing the great organisation we have today. 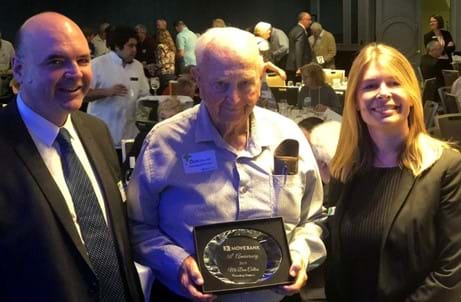 Thank you to all members who participated in this year’s AGM.